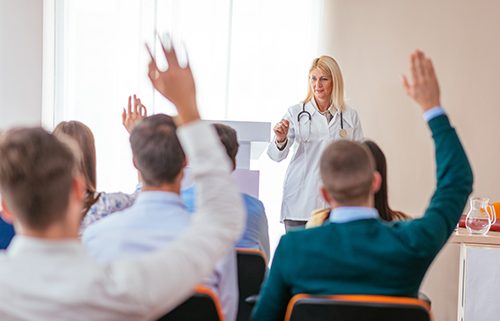 Public Health England utilises many different marketing campaigns in order to promote health and wellbeing. From healthy eating campaigns and encouraging smokers to quit in order to improve lifestyle to awareness campaigns surrounding what to do in the event of witnessing someone having a stroke and cancer signs. They have a whole host of different drives in place to help make England a healthier place.

However, how useful are public health campaigns? As the campaigns are government-funded and are beginning to cost an increasing amount, it comes into question how valuable they are at making a change and improving the general population’s health.

Research carried out by an analysis from Cornell University’s Food and Brand Lab examined the messages put out in public health campaigns and discovered that the more positive the message, the better an effect it has. Campaigns that aim to scare the public into submission might be impactful, but the research showed that these kinds of campaigns only really worked well when shown to industry experts, not the general public.

Anti-smoking campaigns, which often put much more emphasis on the negative consequences of smoking, therefore, are going to be deemed less useful. Despite many of them showing hard-hitting scenarios, such as Public Health England’s Health Harms campaign, which shows the effects the poisons of cigarettes have when they hit a smoker’s bloodstream, the research suggests that actually, looking at the positives of not smoking would be much more successful. Messages such as: ‘If you quit smoking you could save £2,000 a year’ would therefore be deemed much more useful.

The general public responded much more strongly to campaigns with a positive message – which could explain why campaigns such as Public Health England’s ‘Change4Life’ have achieved so much success. This campaign focuses around children making healthy food swaps and being more active in order to feel better. The overall campaign has a very happy-go-lucky, positive spin to it and this is probably why Change4Life has gone on to win awards, launch sub-brands and raise awareness about childhood obesity and the importance of healthy eating.

Therefore, when public health campaigns promote a positive message, evidence suggests that they have a much higher success rate and so should be deemed useful when promoted in this way. However, more negative campaigns have less of an effect.

News: Could every childhood vaccine soon be given in a single jab?
Scroll to top
We use cookies to offer you a better browsing experience, analyse website traffic and personalise content. Read about how we use cookies and how you can control them by clicking “Read more”. If you continue to use this site, you have consented to our use of cookies. Accept Read More
Privacy & Cookies Policy

This website uses cookies to improve your experience while you navigate through the website. Out of these, the cookies that are categorized as necessary are stored on your browser as they are essential for the working of basic functionalities of the website. We also use third-party cookies that help us analyze and understand how you use this website. These cookies will be stored in your browser only with your consent. You also have the option to opt-out of these cookies. But opting out of some of these cookies may affect your browsing experience.
Necessary Always Enabled
Necessary cookies are absolutely essential for the website to function properly. This category only includes cookies that ensures basic functionalities and security features of the website. These cookies do not store any personal information.
Non-necessary
Any cookies that may not be particularly necessary for the website to function and is used specifically to collect user personal data via analytics, ads, other embedded contents are termed as non-necessary cookies. It is mandatory to procure user consent prior to running these cookies on your website.
SAVE & ACCEPT